Texmanians´ new single "Nevermore" from the upcoming album " Brooklyn Heights " in the mp3 shop for only euro 1.00

We have lost our wing man.
——
Tony Mills ( Anthony Paul Mills ) passed away recently at 57.

Tony was involved as a co-writer and backing singer on our album «No Man´s Land» and on the upcoming album «Brooklyn Heights».
He will be deeply missed. 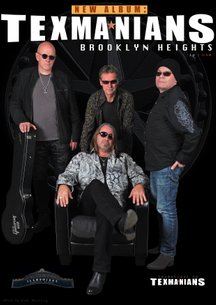 Additional musicians on this album, as on the previous album, is the late Tony Mills, (backing vocals), and Rick Benton, (keys).